I have a pleasant setup for saving articles from Twitter for later in Pocket, adding tags to articles. Reading the articles and marking them as read in Pocket. When marked as read there's a trigger in IFTTT which adds the read article to Buffer which then post my read article back to twitter with my hashtags applied. I will not go into the basic of all the services, that is for you to explorer.

In my twitter App, I've setup my readitlater client. And as mentioned earlier it is Pocket. I've tried http://readability.com, but I didn't like it. When you have connected to Pocket you just tap hold on the link you would like save for later reading and a action menu pops up. In Pocket you can add tags to every article you have saved. Be able to add hashtags to your twitter post automatically prefix all you Pocket tags with

hashtags on your Pocket reads. 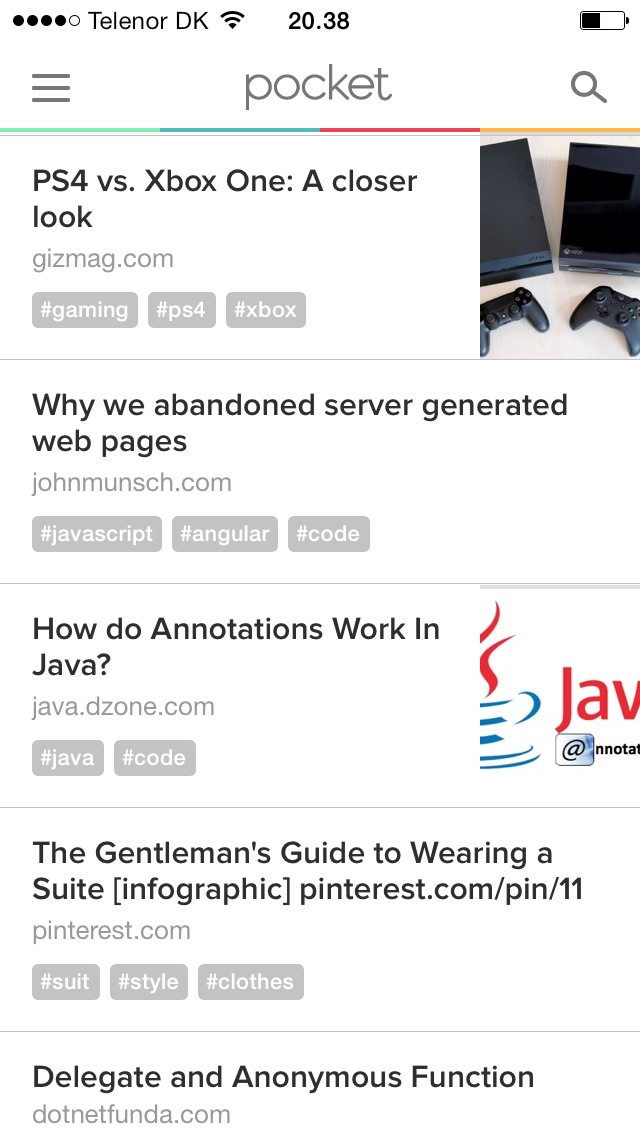 In IFTTT you must have Pocket, Twitter and Buffer authenticated before you can continue. Are you done? Good. Now create a trigger for Pocket which tells IFTTT to do with articles I have read in Pocket. Next is to you buffer as our action. 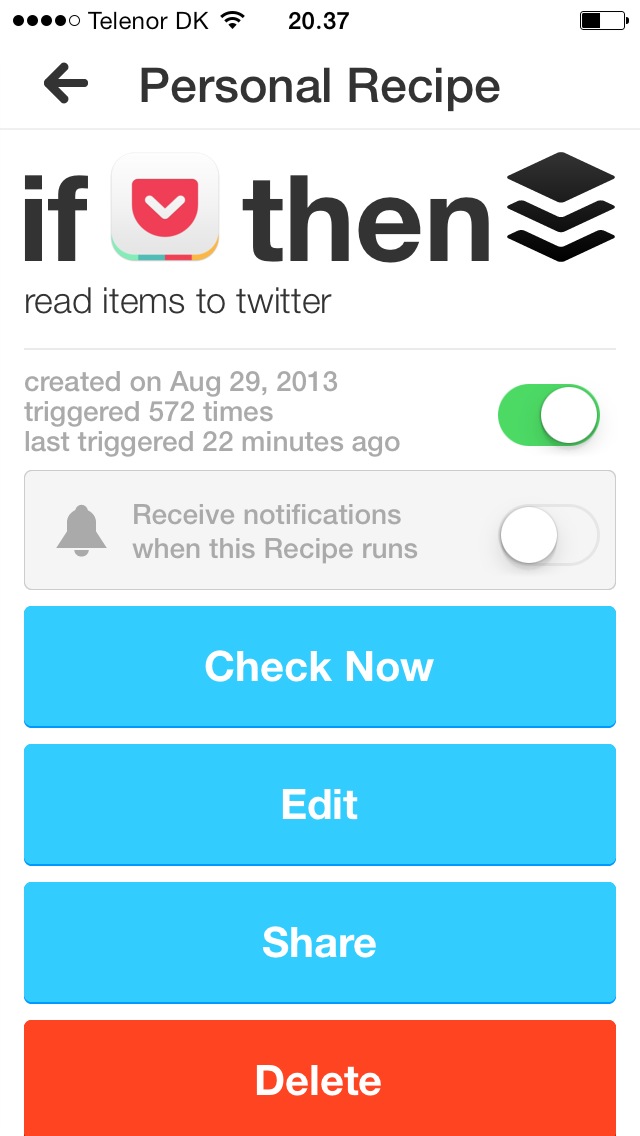 making them ready for twitter. One caveat is that the tags comes comma

separated and I haven't found any solution to this. This makes your tweets a bit longer than necessay.

Now everyhting is setup for Buffer to auto post our read Pocket articles with hashtags. If you are using the free account there is a limit on how many tweets you can buffer. If your posting schedule is parse then you will notice that some of you posts will not get buffered because you have reached the queue limit. You can overcome this by increasing how often Buffer should post to twitter to keep your queue under the limit. 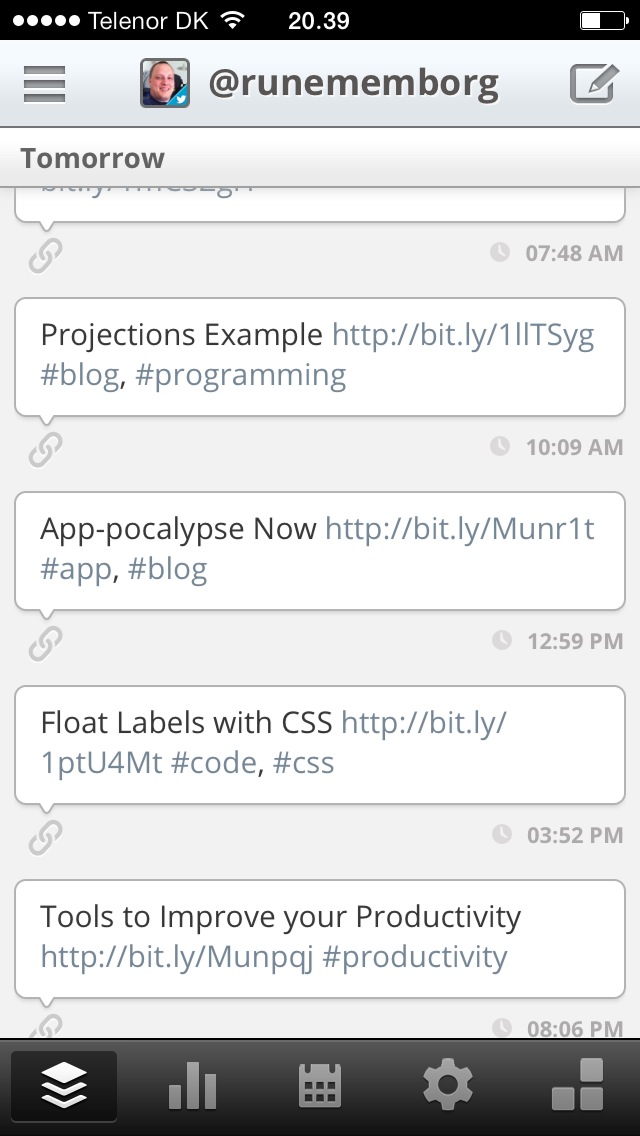 I hope this gives you an idea how to automate posting to Twitter with Pocket. It is pretty simple when you know all the services and the biggest annoyance is the commas between the hashtags when re-posting from pocket to twitter otherwise I'm pretty happy with it. I'm quite positive this setup can be achieved with another reader and a service similar to Buffer.